The United States - Cuba Thaw: Keeping the Positive Side

The United States - Cuba Thaw: Keeping the Positive Side

Dec.23, 2014. Cochabamba - Bolivia. Last week the announcement by both, Cuba’s president Raul Castro, and the President of the U.S. Barack Obama, came as a surprise to most of the world. They announced that symbolically they would attempt to normalize their relations and exchanging prisoners interpreted to have served as spies for their respective countries.

Cuba and U.S. relations have been complicated ever since the Cuban revolution back in 1959, when the then government of Fulgencio Batista was overthrown by the “26th of July movement”, leaded by Fidel Castro.  Up until the before mentioned year, American companies virtually controlled Cuba’s economy, and dictated prices for its exports, particularly those which were targeted for the American market. Batista came into power for the second time (Batista was elected president in 1940 and served until 1944) in 1952, following a military coup which cancelled the held elections in the same year. After the revolution the communist party was founded. Fidel Castro then proceeded to nationalized controlled companies and land held by American corporation, and established a revolutionary socialist government, under his rule.  The United States then announced the breaking of their international relations, withdrew their embassy, and started a commercial embargo, which forbid American companies to engage in trading with Cuban companies. The complicated relation and the embargo are kept until this day; despite the supposed intentions of both countries to normalize their relations.

It has also been reported in the media that Pope Francis has had a key role in the improvement and steps toward an attempted reconciliation between both nations. Obama mentioned the Pope whilst thanking all parties involved for their support. Also the Vatican issued a statement congratulating both countries on their diplomatic decisions.

For now the US – Cuba relations, besides the releasing of prisoners, are pretty much the same, although the involved parties have opened up the possibility of having permanent American residents to travel to the Island for sport competitions, workshops, humanitarian activities, and human rights related work. A lift of the embargo, and allowing normal tourism for both countries, need the acting of the United States Congress, which is deemed as complicated by political actors and reporters.

Also, members of the Republican Party have spoken against the possibility of a real improvement in the relations between both countries, which they deem to be fine, given the current political sphere in the Island. Even some democratic leaders have shown resilience to work on improving the diplomatic situation between Cuba and the U.S., as they deem it to be rewarding to a socialist and dictatorial government, which continues to stand out for repression against its Citizens and continued Human Rights violations.

It is indeed true that a lot of international organizations working for civil and human rights, continue to report abuses by the Cuban government, and also denounced notorious repression on the local media and freedom of speech of the population. Right to proper judicial proceeding or openly criticizing the government keeps being close to non-existing in Cuba.

Despite all the negative sides of this thaw, Citizens Rights Watch wants to show its support to the improvement of the diplomatic relations, and hopes for significant advancement towards Citizens rights in Cuba, and for a better chance and possibility for its Children. It will indeed take some significant period of time for the real normalization of both countries’ relations, but every step towards something must be counted to get to the goal. If this is the start for a better tomorrow for Cuba, it should be welcomed by all, instead or immediately criticized by the media, or politically analyzed.  Citizens Rights Watch hopes that word is kept by both leaders to allow humanitarian action and human rights actors to start working actively in Cuba, and plans to show its support by portraying its changes and hopefully, improvements. 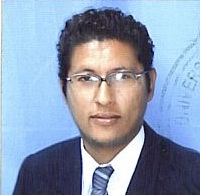