United Kingdom, September 2014: Citizen Rights Watch (CRW) monitors the progress and implementation of the United Nations resolution urging Myanmar to give the stateless Rohingya minority equal access to citizenship and asks for the respect of Rohingyas’ rights and freedoms.

The Rohingya people, an Islamist ethnic group who has attracted global attention due to their constant prosecution by the government of Myanmar/Burma and the enormous violations against their rights, face the government’s denial for Myanmar citizenship since the enforcement of the 1982 Citizenship Law.

According to the United Nations (UN), the Rohingya population is “one of the world’s most prosecuted minorities”. Although the majority of Rohingya population has been residing in Rakhine state, Western of Myanmar, for decades, the Myanmar government and many citizens support that they (Rohingya) derive from Bangladesh and they are illegal immigrants. Referring to the Rohingya people, Thein Sein,  President of Myanmar told the UN High Commissioner for Refugees (UNHCR) chief, Antonio Guterres “We will send them away if any third country would accept them…This is what we are thinking is the solution to the issue”(as cited in Al-Jazeera).

The Rohingya minority are deprived of their rights since the onset of the military Regime. However, the violations against the Rohingya people became mainly known with the 2012 Rakhine State Riots between ethnic Rakhine Buddhists and Rohingya Muslims. As a result of the riots, numerous human lives were lost, villages burnt down to ashes and thousands of Rohingyas were displaced.

On November 19, 2013 a UN resolution adopted by the UN General Assembly's 3rd Human Rights Committee recommended Myanmar to give the stateless Rohingya minority equal access to citizenship and end the brutal violence against them and other Muslims in the region. Myanmar’s government did not welcome the UN resolution and stated that the country “does not accept the existence of a Rohingya minority”.

The UN resolution caused a wave of controversial reactions. Nobel Peace Prize laureate and leader of the opposition party in Myanmar, Aung San Suu Kyi claimed that the human rights committee intervened in Myanmar’s internal matters. On 28 of November, a protest under the government’s permission against the adoption of the resolution took place in the Rakhine State. Based on the data provided by local news media, protesters during the demonstration were shouting: “no Rohingya in Myanmar […] no citizenship for the Rohingya.”

On January 9, 2014 in the village of Du Chee Yar Tan, Rakhine State, 8 Rohingyas lost their lives in a conflict with Buddhist inhabitants.  On January 13th, after the abduction and killing of a police officer by Rohingyas, Buddhists and the local authorities slaughtered more than 40 Rohingya people including women and children. Following from this point, Tomás Ojea Quintana, UN Special Rapporteur on the human rights situation in Myanmar asked for an independent investigation regarding the events in Du Chee Yar Tan and the prosecution of the offenders.

In the concluding report conducted by the Government Investigation Commission regarding the events in Du Chee Yar Tan village, the deductions were that there was no evidence of deaths or violence against Rohingyas. In response to the Commission’s findings, in his final report Quintana stated: “In view of the failure of the government to conduct a credible and independent investigation into the allegations of widespread and systematic human rights violations in Rakhine [Arakan] State which may constitute crimes against humanity […] the Special Rapporteur calls on the Human Rights Council to work with the Government to establish a credible investigation to uncover the truth”.

The discriminatory behavior of the government against Rohingyas culminated with the government’s decision to end the medical assistance by the Médecins Sans Frontières (MSF), an international, independent, medical humanitarian organization. MSF stated that “[is] deeply shocked by this unilateral decision and extremely concerned about the fate of tens of thousands of patients”.

In March 2014, MSF informed the public that  “After dialogue with the Union Government[…],[it will] resume part of the activities as covered by [the] original Memorandum of Understanding (MoU)[…]in Kachin and Shan states, as well as Yangon region”. However, “the clinics in Rakhine State would remain closed.”

Furthermore, the attacks of Buddhist mobs against UN representatives and international aid groups in Sittwe  (that caused their evacuation from Myanmar) raised even more doubts over the fate of the Rohingya minority.

United Nations Population Fund (UNFPA), in a March 2014 press release expressed its concerns on the attacks against UN agencies and non-governmental organizations (NGOs) and stated that “the Government has made a commitment that everyone who is in the country will be counted in the census, and all respondents will have the option to self-identify their ethnicity”. However, on April 10th, that Myanmar’s census was completed, the Rohingyas were not included.

As Prudentienne Seward, a Rwanda’s genocide survivor said in a conference on the Rohingya People held by the London School of Economics (LSE)

"The United Nations has taken 20 years to apologize for its failure to recognize and prevent the Rwandan genocide; the international community should not repeat the same mistake in Myanmar" (as cited in The Huffington Post, 2014)

A few days ago, in his latest statement in an address to the U.N. General Assembly, Foreign Minister Wunna Maung Lwin confirmed the implementation of an action plan that it will soon be deployed. Leaked information regarding the plan’s terms reveal that Rohingyas will have to register as Bengalis otherwise they will have to move to camps for people who do not have identification papers or refuse to register.

In CRW, we are strongly concerned about the beneficial results of this plan on Rohingyas’ right to equal access and citizenship.  We call on the Myanmar government and the authorities to stop the discriminatory behavior, the extensive abuses and violent prosecutions against the Rohingya people, recognize their ethnic group and respect their fundamental rights and freedoms as set in the principles of the Universal Declaration of Human Rights (UDHR). 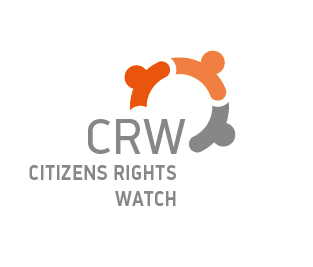